You are here: Home / Get Inspired / 15 Inspirational Lessons from Kanye West

We don’t support everything Kanye has said in the fall of 2022. This article focuses more on his journey rather than his personal thoughts.

Whoever you are and what your goals are, all of us could use a mentor.

That’s because a mentor can give you advice on how to improve your situation and help you avoid their mistakes.

And the easiest way of getting a mentor is to consume media about your celebrities and their journey to success.

One of the best to learn is from Kanye West!

In his life, he has won numerous awards and created successful brands such as Yeezy and much more. And according to Wealthy Gorilla, Kanye West has an estimated net worth of $3.2 billion.

So, what can we learn from him? Continue reading to find out.

1. Start Working On Your Goals and Don’t Stop Until You’ve Reached Them. 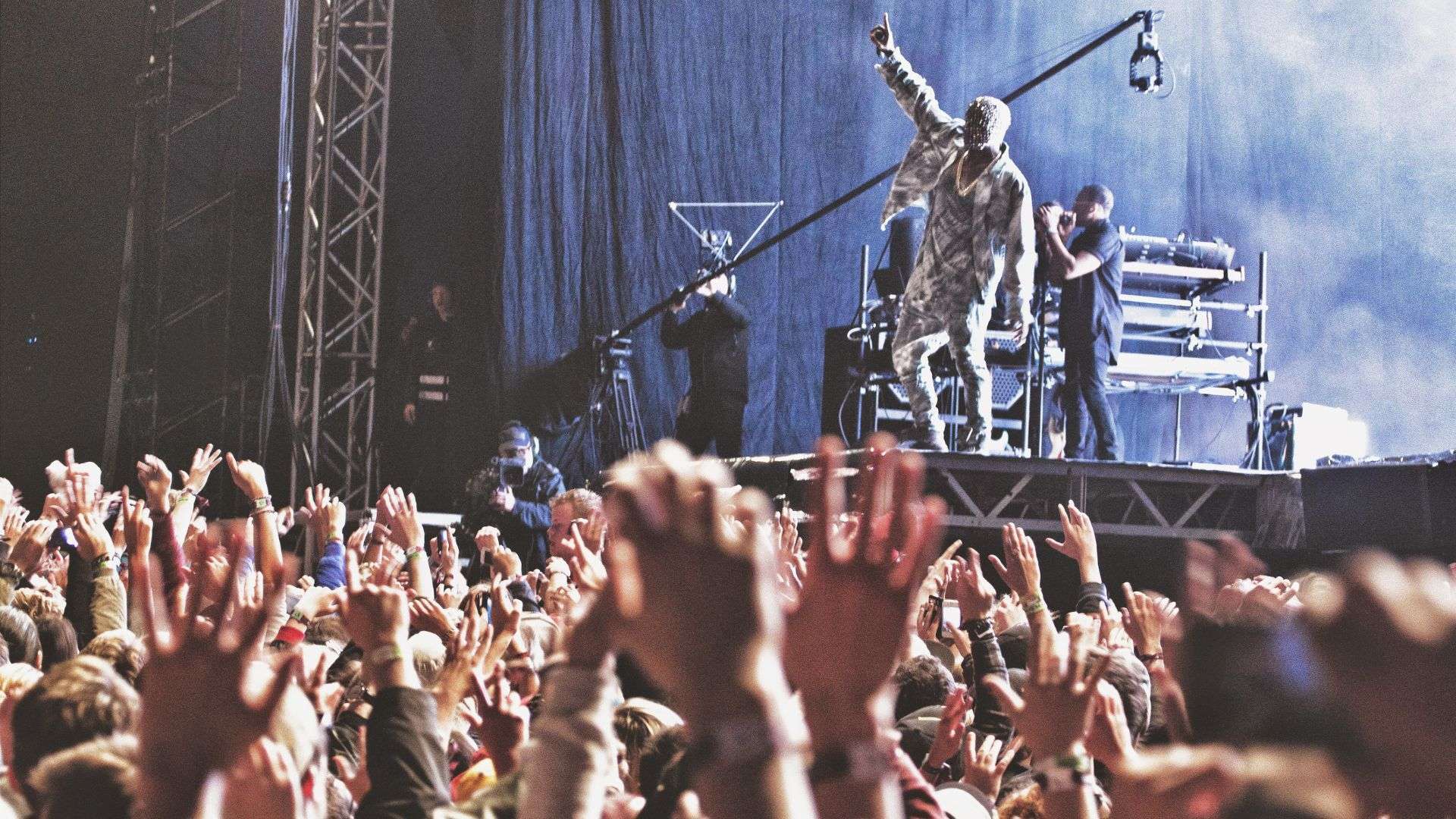 We all have wild goals we’d like to achieve. Some of us are looking to become digital nomads and travel the world, while others want to live a luxurious lifestyle.

However, one of the things many people have a problem with is taking action and working consistently.

And that’s where we could learn from Kanye West.

While it might seem like he had it easy, it’s further from the truth. He started rapping at sixteen, and for a long time, no one believed in him.

It took him ten years before he released his critically-acclaimed “College Dropout,” which helped him reach new heights.

Whenever you feel like quitting your dreams, remind yourself that Kanye had to work ten years before seeing any success.

2. Admit Your Problems and Mistakes

We all make mistakes.

But one thing we want to avoid doing is to admit them in front of everyone. That’s because we would rather not look like failures around others. However, that can lead to us sabotaging ourselves from success.

So instead of doing that, be like Kanye and admit your problems and mistakes. He has done that numerous times.

For example, when he was 53 million in debt, he didn’t ignore it!

He admitted it and went on to solve the problem.

One key thing that makes Kanye so different from other rappers is that he takes his relationship with God very earnestly.

He has mentioned it numerous times in his songs.

But why is it a lesson we should learn?

Well, it’s because taking care of your spiritual life can help you succeed. When you’re in a bad situation, it can help you find the motivation to stay strong and work your way through the difficulties.

4. Don’t Be Afraid to Be Yourself. Whether you hate him or not, we can agree on one thing. Kanye West is unlike any celebrity we know. He’s extremely vocal about his opinions and frequently gets into controversies.

However, despite that, Kanye West has been able to succeed in life! When he started in 2004 as a rapper, he wasn’t a gangsta rapper. Instead, he talked about materialism, self-consciousness, and higher education.

And thanks to that, he could stand out, which brought him success.

When you doubt yourself, remember that it’s okay if you don’t fit in. It’s okay to be misunderstood!

When we reach some of our goals, we probably want to take it slow and enjoy what we’ve achieved thus far. And while that’s okay to do, you should constantly strive to grow daily.

During the Roc-a-Feller split, Kanye West had to choose if he were to work with Jay-Z or Damon Dash.

And which he picked? Well, that would be Jay-Z!

But do you know why?

That’s because Kanye saw a better opportunity with Jay-Z thanks to him being so different from him. And that decision paid off when they launched a co-album called “Watch the Throne.”

Whether your circle is supportive, it’s vital to believe in yourself to succeed in life. In other ways, you’ll just quit before achieving success.

And Kanye West is the perfect example of it.

As you remember from the first lesson, it took Kanye ten years before he saw success in his rap career. And this wouldn’t have been possible, wasn’t it for Kanye believing in himself.

Whenever you’re in doubt, remember that you’ve got this!

Many people know Kanye as an egomaniac. And while I cannot argue with this statement, this doesn’t mean that he isn’t arrogant to see his weak sides.

In 2005, Kanye was producing his song named “Late Registration.” However, instead of shooting the music video himself, he asked Jon Brion for help on it.

He gave a lot of freedom for him, which led his song to become critically acclaimed in Rolling Stone in 2005.

Whenever you’re struggling and know someone who could help you get better, don’t be afraid to ask for help from them.

8. Reflect and Celebrate Your Successes

Working hard and improving yourself continuously is the way to go if you want to be successful for the rest of your life.

However, taking a step back and reflecting on what you’ve earned thus far is essential.

That’s the only way you can indeed be happy with yourself, as you’re not working for the sake of it.

And that’s the exact reason why Kanye had a six-minute outro about how he got here. So, whenever you achieve something, never forget to celebrate it!

9. Don’t Be Afraid to Speak Your Mind. There’s no arguing that Kanye isn’t afraid to say what is on his mind, no matter how controversial it is or not. Just think about Kanye’s support for Donald Trump during his first election.

However, it’s a trait that we should all learn from Kanye. That’s because people like authentic people. And while that might alienate some people, it will also attract those who are more like you.

So don’t be afraid to tell anyone what’s on your mind.

10. Have a Good Support System

No matter how self-motivated you are, one of the most crucial things you need is to build a great support system.

With it, even if you’re at the lowest, people will get your mood up and the motivation to keep working.

And that’s why Kanye is so successful. Without the help of his current (and previous) supporters like Jay-Z, he wouldn’t be where he is now.

Look out for people with similar goals, and build a support system that motivates and criticizes you when you do something wrong. 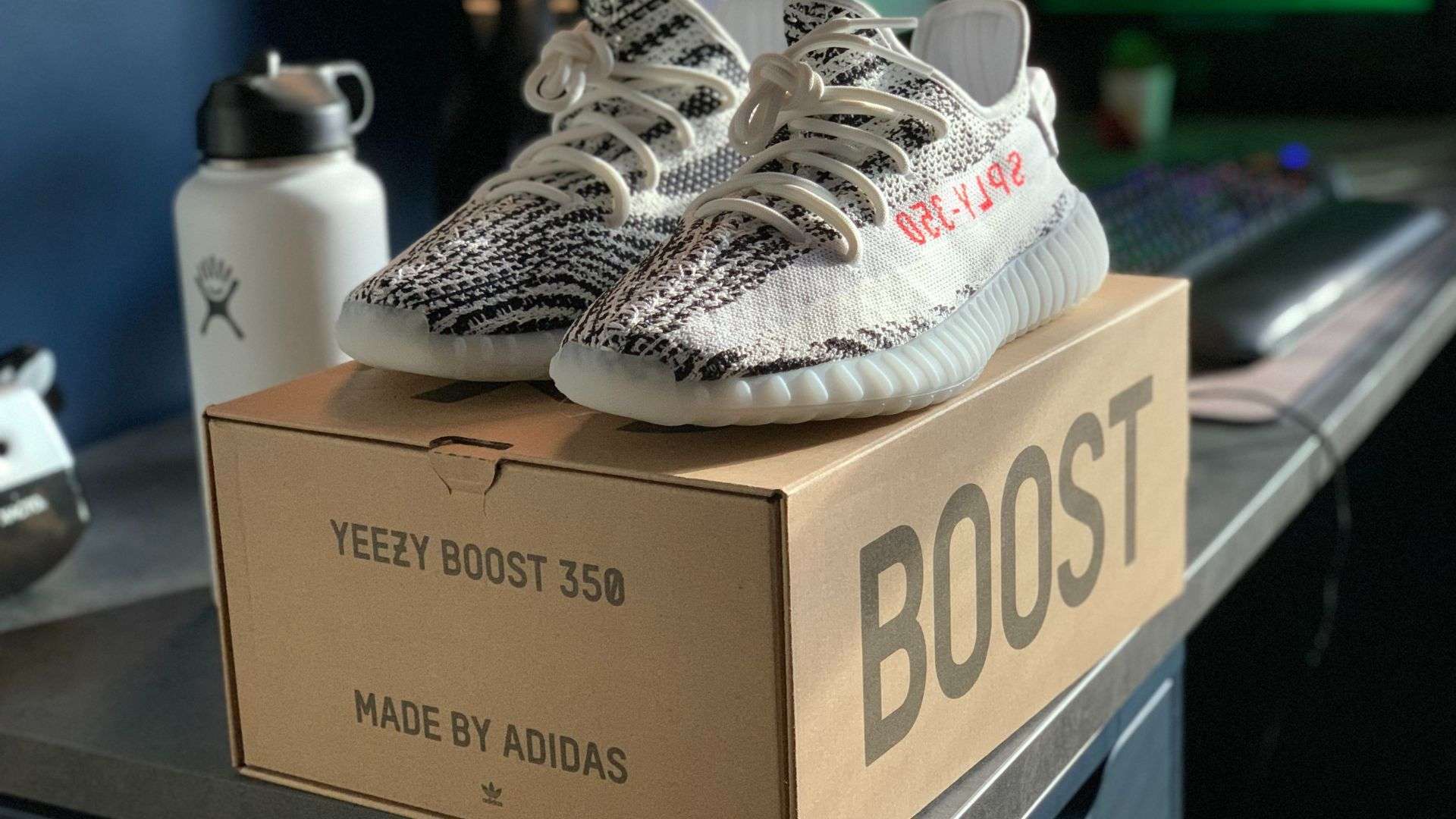 When it comes to financial success, one of the most important things you should do is diversify your income.

That way, when one of your businesses fails, it won’t impact you as much.

And Kanye is a great example of that. In the rap industry, if you don’t find ways to innovate or other ways to earn, you’ll fade into obscurity.

So instead, Kanye has gotten into other industries. He has to build popular brands like “Yeezy,” performed in movies, and much more.

When you get your first taste of success, be sure to find other income sources to stay rich forever.

Kanye’s loud mouth has gotten into many controversies these past years. And while many of them could be avoided, what impresses me the most is how Kanye handles it.

In his 2008 interview, he famously said:

“Criticism can bother you, but you should be more bothered if there’s no criticism. That means you’re too safe.”

What you should learn from his quote is that criticism is a good thing. It tells you you’re on track to success. It’s best to ignore the hate and only take the valid points with you.

13. Don’t Be Afraid to Collaborate With Others. 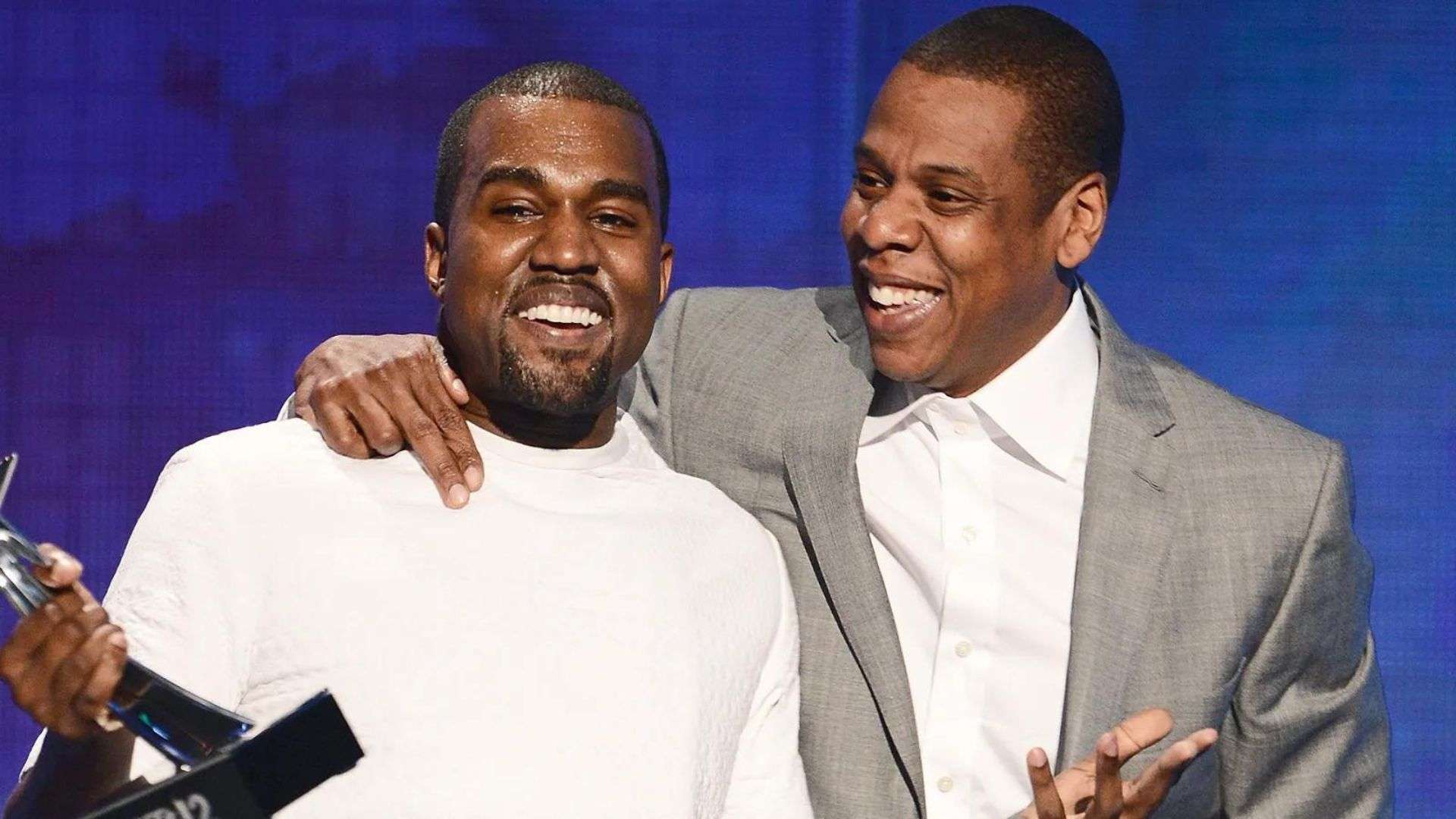 Everyone loves a self-made journey. It tells us that regardless of where we are, we can succeed in life. However, that doesn’t mean we shouldn’t become arrogant and do everything ourselves.

That’s because we cannot do everything ourselves, and if there’s an opportunity to collaborate, we should take it.

And that’s a big reason why Kanye is so successful. Without the collaborations with Jay-Z, Jon Brion, Dr. Dre, and many others, Kanye wouldn’t have had as many opportunities as he would have otherwise.

Don’t be afraid to collaborate with others.

Sometimes life sucks. It brings us some unexpected problems that derail us from the journey to success.

And while many people would accept you taking a step back from your goals, the most successful find opportunities within their problems. And Kanye is the living proof of it.

In 2002, Kanye had a near-fatal car accident, which broke his jaw. But instead of giving up on his dreams, he used his experiences in the car accident to record one of the most acclaimed songs of his career, “Through the Wire.”

Whenever you’re facing difficulty, try to look at the bright side and how you can use it to your advantage.

And lastly, we want you not to let self-confidence ruin you. While it’s good to have it as it helps you start taking action, it can also lead to arrogance which, when unsupervised, could ruin you.

That has happened to Kanye a couple of times. There are many instances where he has talked about his potential and startups, which have led to disappointing performance.

Whenever you’re on the journey of achieving your goals, leave the talk to a minimum, and walk the walk.

Whether you like him or not, there’s much to learn from Kanye.

But whatever you think of him, the best thing you can take from his experience is that it’s okay to be you.

You don’t need to blend in to be successful!

If you haven’t yet, watch Kanye West’s documentary Jeen-yuhs: A Kanye Trilogy. It gives you perspective on how his career has been a rollercoaster ride and how it has shaped him throughout the years. It’s unmissable if you’re a Kanye fan. 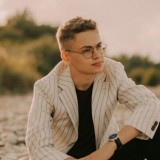