It was in the early 80s and 90s when digital art laid the foundation for computer graphics as we know them today.

The launch of MacPaint from Macintosh was the biggest breakthrough in digital drawing and user interface.

Shortly, Microsoft, too, came up with their Paint program that was based on the same UI elements.

And a little later, Adobe’s Postscript became a pioneer in digital publications, page layout, and font styles. But Adobe really started its creative suite with the launch of Illustrator, followed by Photoshop.

Although Adobe is at the top of the multimedia creation industry, its alternatives now overshadow its dominance.  From the point where it all started, there was no single company that could monopolize the software industry.

And the same applies to Adobe’s flagship products that have had a successful run in the last three decades.

So, why is there a need for Adobe alternatives?

Adobe’s subscription model is the major turn-off. Many creators like to own software instead of paying rent. And regarding rent, the monthly pricing for all the apps is quite unforgiving.

Secondly, even though Adobe offers a plan for Photography with Photoshop and Lightroom, however, there are no bundles for video or animation creators. You would only end up buying them individually at a higher monthly fee.

Minor updates and major crashes are yet another concern.

As far as updates are concerned, there are no significant feature changes. Simply compare the older versions of the software with your current one. You can still create incredible projects with 3-year-old software.

Even if you start appreciating those minor updates, you won’t be impressed by frequent crashes and slow operation.

On the other hand, some Adobe alternatives offer the same value at the one-time yet affordable pricing. You can learn it and use it without worrying about monthly payments.

Here are 9 Adobe Alternatives that not just save you money, but deliver industry-standard performance.

Note that software running on Mac’s Intel processor is also compatible with the M1 chip. 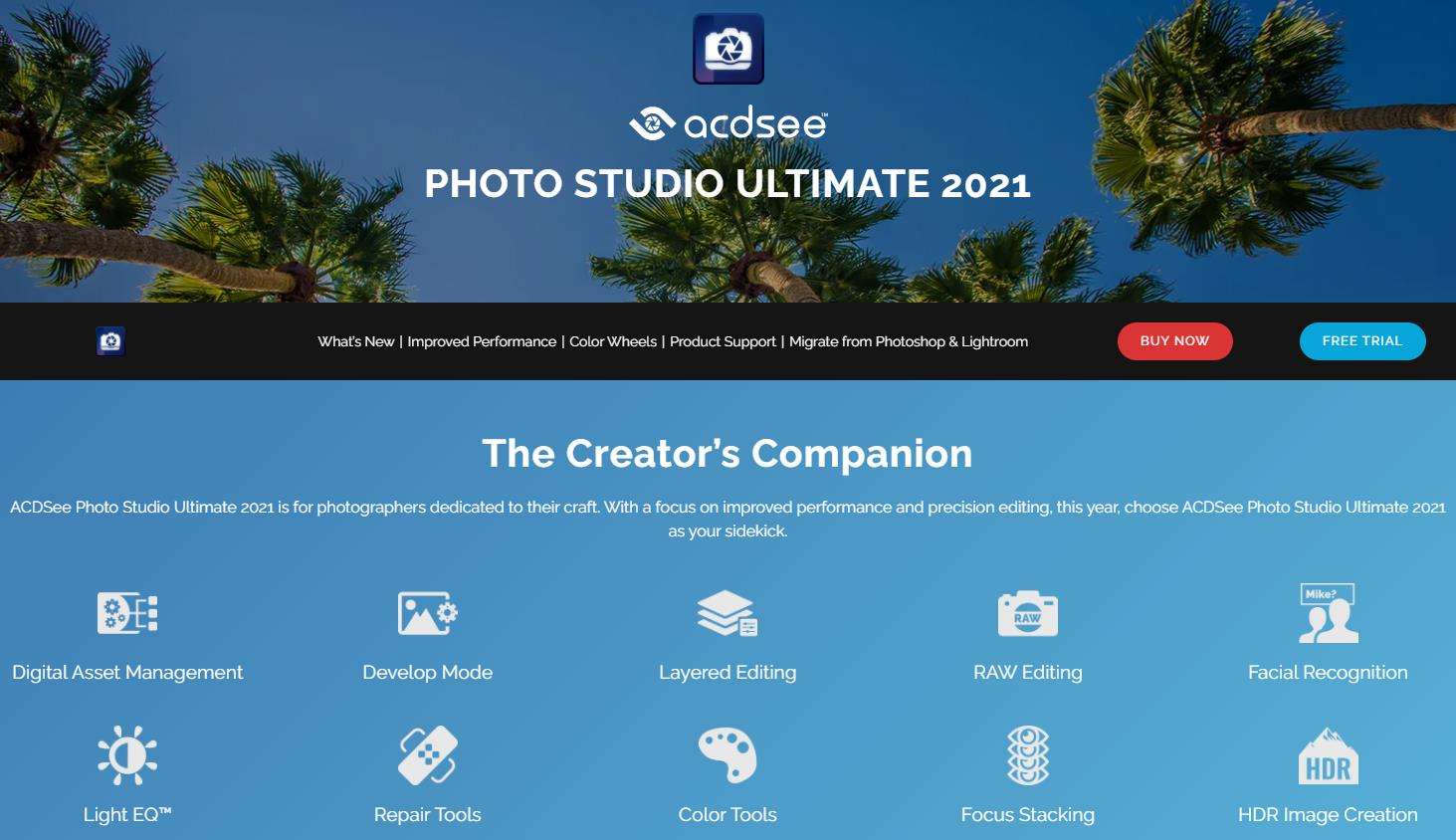 ACDSee Photostudio can easily replace Photoshop, which has a very similar feature set but a smoother user interface. It features all the tools designers ever need to ace their craft in any way imaginable.

Layers, masks, blend modes effects, custom texts, and advanced selection tools just like you find in Photoshop. Undoubtedly, having this software on your system saves your money and disk space against both Photoshop and Lightroom.

However, ACDSee is not available for Linux. Instead, you may use GIMP, which is an excellent free photo editing tool. 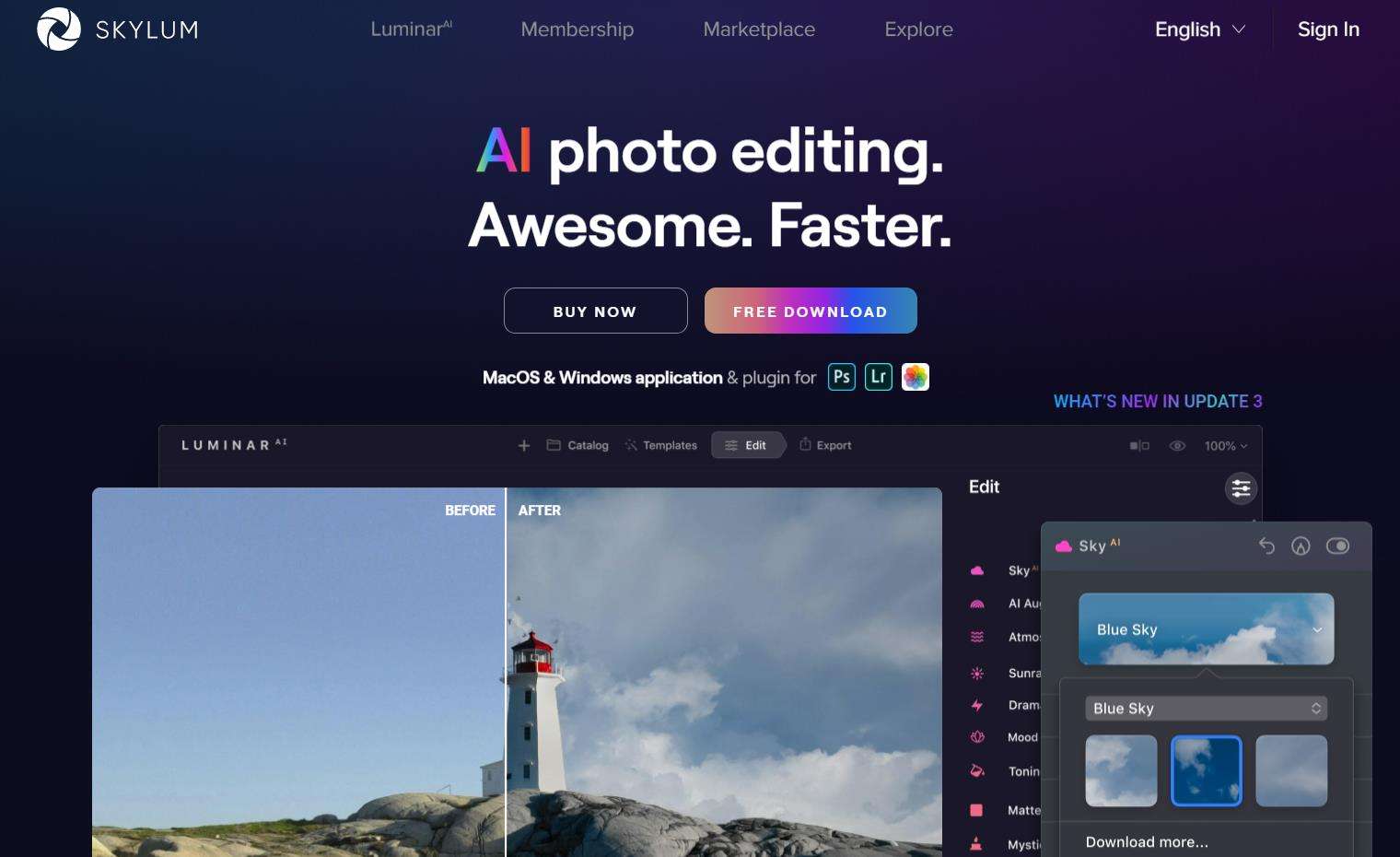 If you’re one of those who needs to edit photos but don’t really want to dig deeper into it, Skylum is for you. A photographer shouldn’t necessarily be a designer.

Therefore, Skylum came up with cutting-edge features that can make a photographer’s life much easier.

With their homemade technologies like Luminar AI and Aurora HDR, you get everything at your disposal with no prior experience. From tool placements to the user-friendly UI, Skylum exceeds the capability of Lightroom.

And most importantly, it saves you tons of time.

Skylum is unfortunately unavailable on the Linux platform. However, you may use Darktable, which is free yet surprisingly good.

Having software like Affinity designer, in the long run, Illustrator is not an industry standard anymore. It’s a feature-packed tool that uses smart controls and improved UI to let you create everything that could be done in Illustrator.

Affinity’s ability to switch between the vector and raster workspaces is something that distinguishes it from Illustrator.

It supports numerous vector and raster file types including AI, SVG, and sketch files. You can also export your project as TIFF, HDR, SVG, PNG, PDF, or JPEG file types.

If you’re a Linux user, you can’t get a better choice than Inkscape. 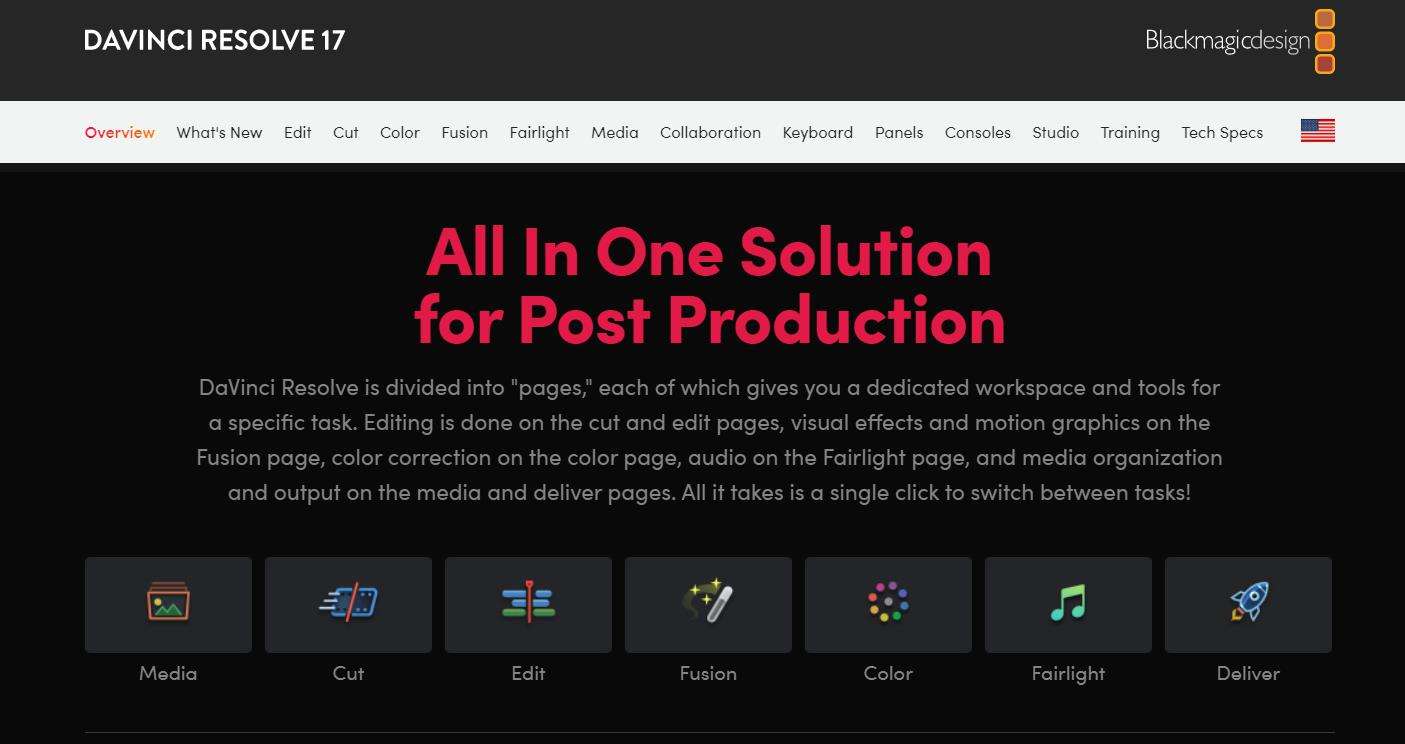 DaVinci Resolve is among the most used software by Hollywood for a reason. Professional Colorists, Cinematographers, and VFX artists find it an indispensable part of their creative process.

Stability-wise, it is on par with Adobe Premiere Pro and is compatible with all the platforms. It has a freemium model, where the free version is too great for anyone starting filmmaking.

The paid version (Studio version) packs robust AI, multi-utility editing, advanced plugins, and filters, which makes it a gold mine for creators.

For high-budget filmmakers, DaVinci offers a wide range of devices and GPUs that are expensive but worth it. 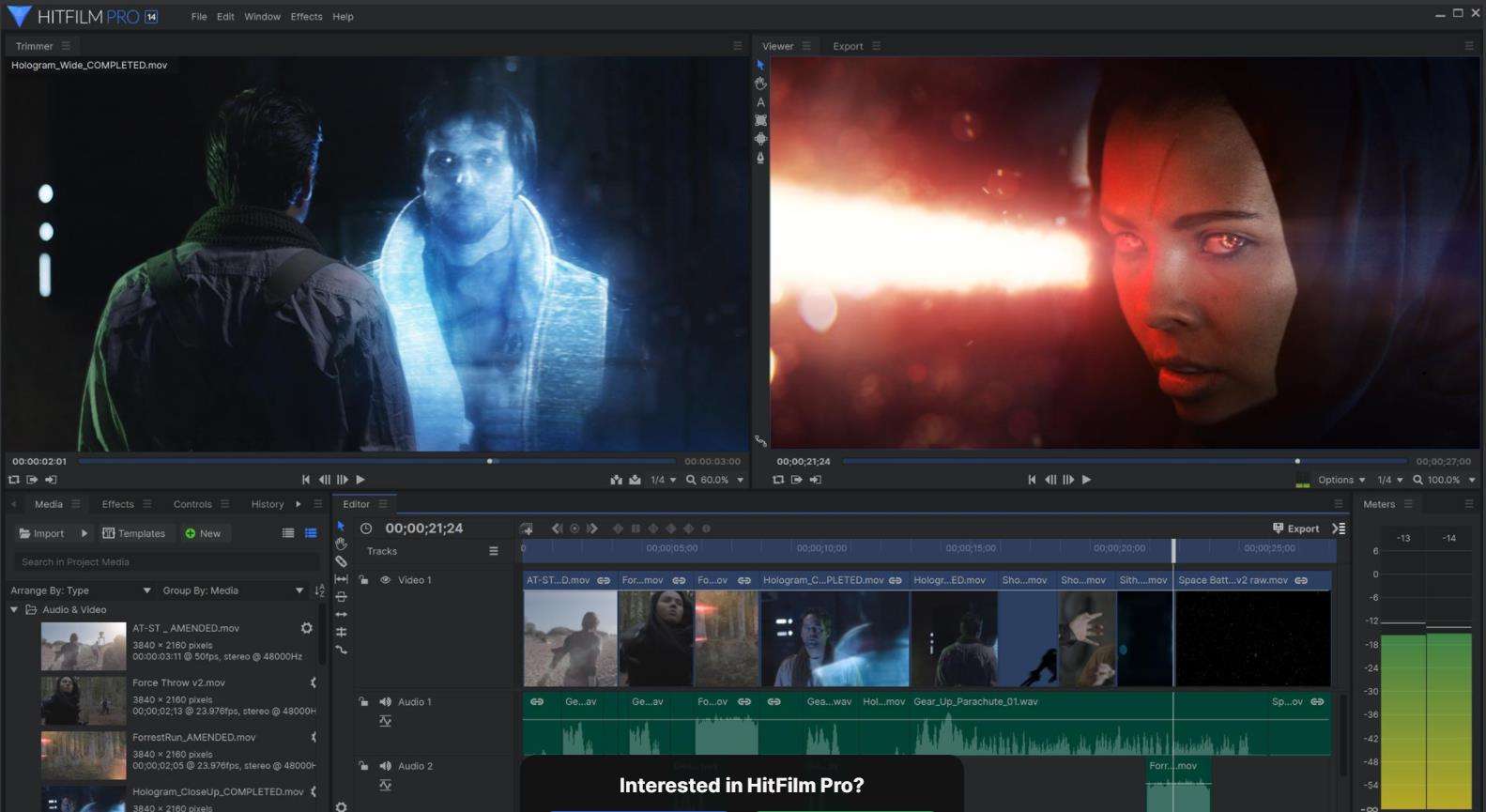 The editing capabilities and one-time payment policy make Hit-Film Pro the best alternative tool, having the same features as After Effects but at a budget-friendly price.

Its free version is great for beginner and intermediate users. If you’re on a tight budget, you may choose Hit-film Express along with 30 paid add-on packs that allow you to enjoy some of the pro features.

Overall, either of the versions is a great budget alternative to what AfterEffects and Premiere Pro could offer together. 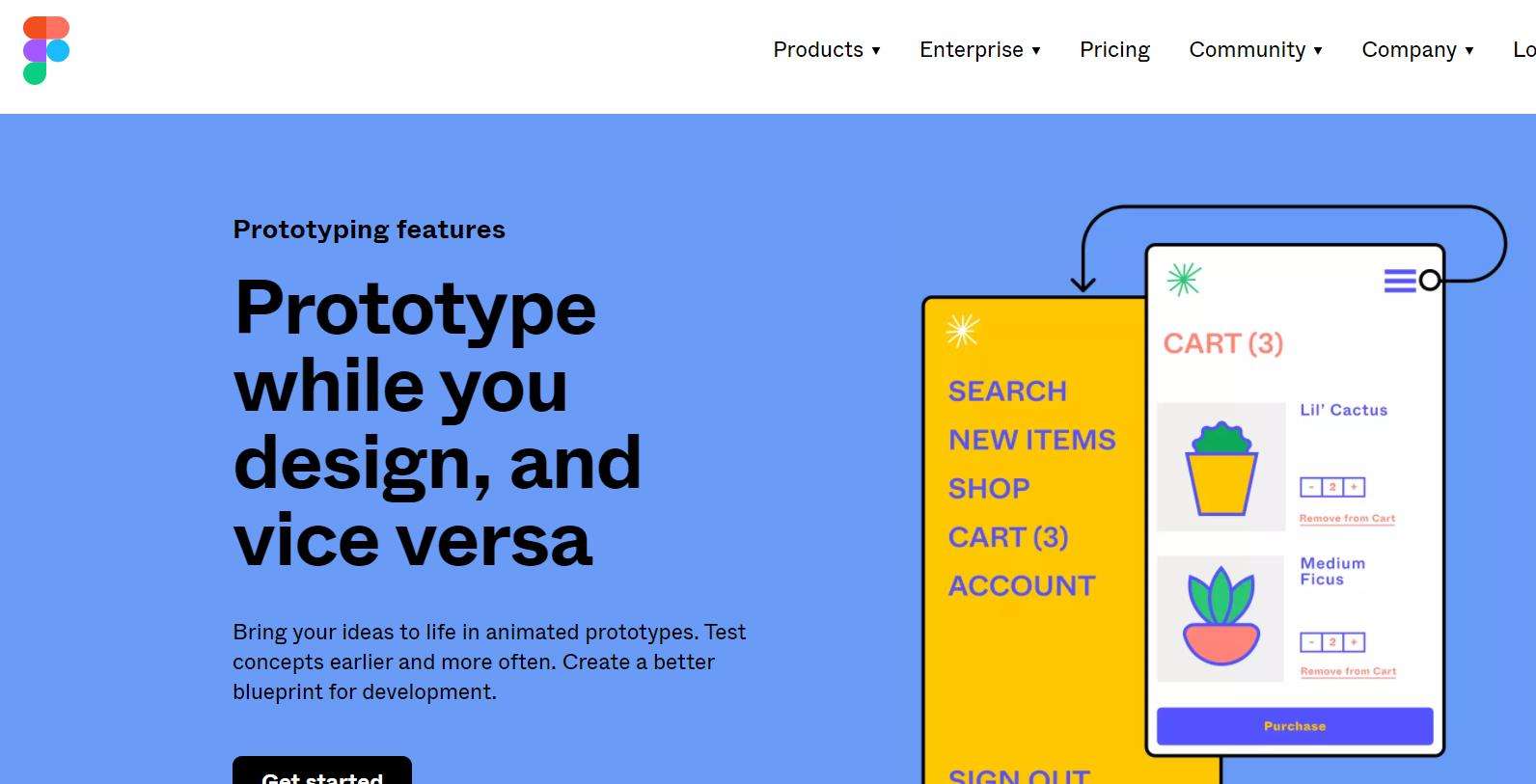 Figma is undoubtedly the designer’s first choice regarding flexibility in prototyping. Although Figma has a subscription model similar to Adobe XD, there are many striking features that make it a better option.

Unlike Adobe XD, the desktop app for Figma is completely free, except for the cloud feature.

Some designers may prefer Balsamiq over Figma, but its “charge per space” pricing is unforgiving. Whereas, Figma offers unlimited projects at significantly cheaper subscriptions.

Blender is not just an open-source animation suite but a savior for those who believe learning motion graphics cost a fortune.

Like Adobe Animate, Blender features rigging tools that are the nut and bolt of 3D/2d animation. Also, there is a wide range of plugins available to make the process faster and more efficient.

However, a lot of plugins are not free as developers need to be paid for their hard work and artwork.

Blender can be used as a stand-alone or in combination with industrial-grade tools like Maya or Cinema 4D to create animated movies, commercials, live-action films, or video games. 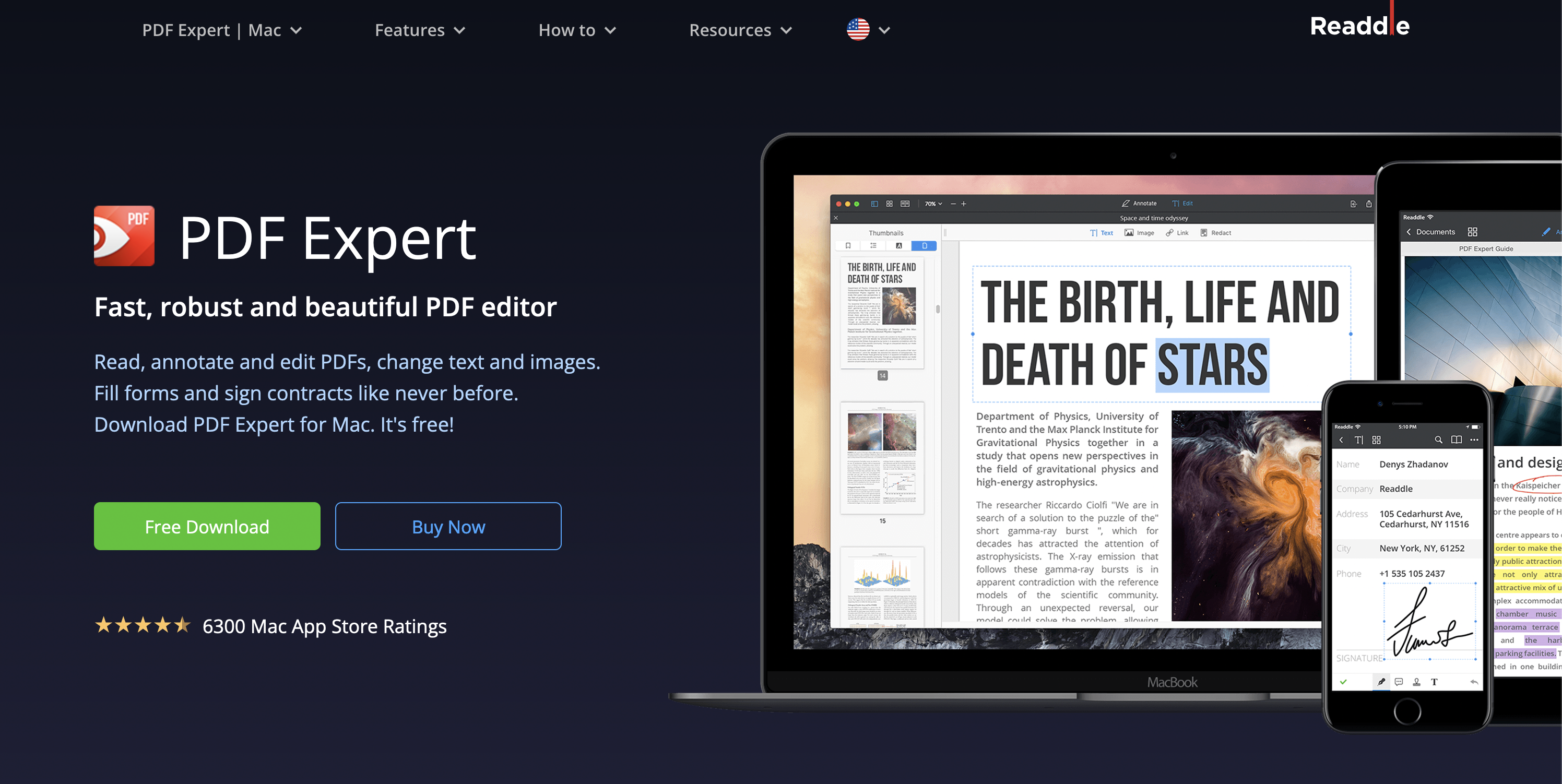 The practice of digital note-taking and documentation has been extremely helpful regarding productivity and work organization. Adobe’s Acrobat Reader is one such app. However, its monthly pricing model is quite unforgiving.

There’re few free or low-cost apps with similar features and functionalities. But most of them don’t qualify for pro-grade performance.

Talking about the pro performance, I found PDF Expert, a convincing substitute for the Acrobat Reader. Packed with education and business-ready capabilities, PDF Expert is available for both PC and smartphone.

Can easily run on a system/ smartphone with low specs. 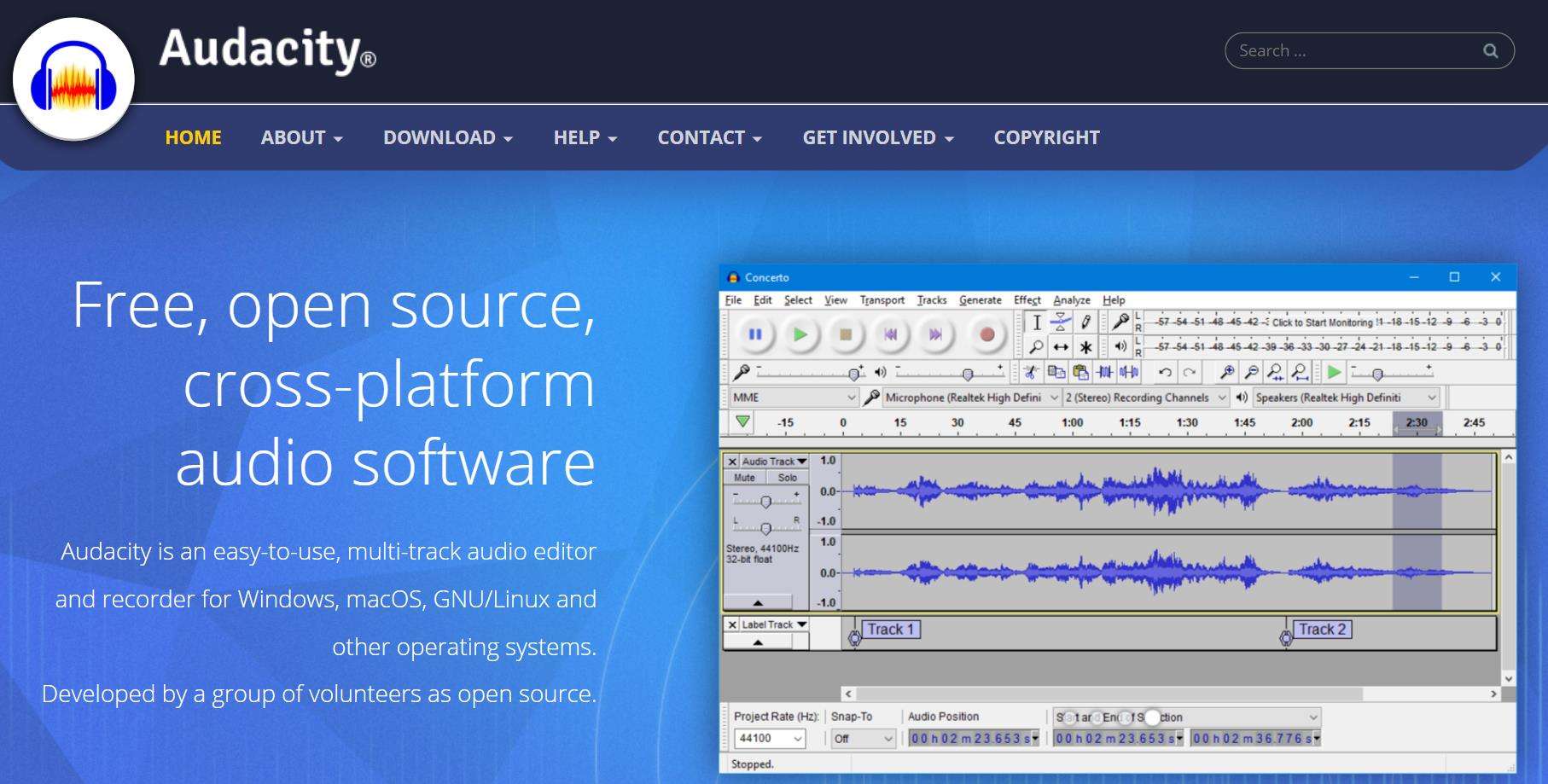 Audacity is a free and open-source workstation made for audio optimization. Unlike Adobe’s Audition, this tool has flexible system compatibility and requires fewer computing specs to run.

Packed with robust features and functionalities, Audacity can easily handle voice-overs to song editing, music mixes, and pretty much anything audio-related.

Audacity is undoubtedly the best money-saver tool for podcasters, musicians, and content creators. It may not have rich UI features like Audition, but it does include everything that can make it easier for creators.

It removes any noise or loudest part of the audio, giving an improved and studio-like quality.

Most of these alternatives aren’t just Adobe replacements, but an all-around high fidelity Swiss knife.

Just because Adobe is used widely, some people feel forced to be part of its league. The community once underestimated the tools I’ve mentioned. But with time, they became a part of industry and individuals of all levels.

And now, you’ll no longer have the fear of financial overcasts caused by the creative cloud.

If you compare the yearly pricing of Adobe and your creative suite, there isn’t much difference. Adobe’s Creative Cloud subscription costs $635.88 per year at $52.99 per month.

And once you subscribe and try to cancel, they have a hefty cancelation fee too!

Although it offers over 20 apps at this pricing, most of them remain unused and therefore not worth the money. However, alternative tools offer you the same level of productivity and performance at budget pricing.

Some of the tools are either free or pocket-friendly. Whereas some of them are premium priced. But again, with a one-time payment model, you get both quality and peace of mind.

It’s interesting to see the diversity of editing tools we now have at our disposal versus how limited they were thirty years back.

With advancements in AI automation and cloud computing, we can expect more robust alternatives in the future.

But one thing can never have an alternative – creativity. 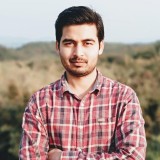